Life and Legend of Juro Jánošík,

The Valaška and Other Gifts.

After Juro Jánošík had taken his leave from the fairy, he continued to wander in the mountains. He knew what he wanted to do, but he still did not know how or with whom to accomplish it.

Three days passed and he did not meet anyone in the mountains of Kysuce until he came across a shabby cottage. No one lived there except an old woman with a nose like rook's beak.

"Hello, mamička, I am hungry and thirsty and don't yet know where I will sleep," he said to the old woman in a loud voice.

"What do you want?" she replied. "Do you want me to put a bowl of dumplings and a bottle of wine in front of you and to prepare a bed for you?"

"I would be ashamed, little mother, I am only asking if there is work for me to merit all that."

"Of course there is. There is always some work to de done. Look! The wood is not cut, the meadow behind the house needs the scythe, and the roof also needs mending, but I am not sure if flour for the dumplings can be found in the kitchen..."

"Whether it can or not, I'll help you. And for my supper, it will be enough if you give me a taste from yours."

Jánošík attacked his work at once. An hour later the roof was mended, and in another hour the meadow was scythed, but when he tried to cut the waiting logs, he did not get on well with any of them. He swung back the axe and struck, again and again, but the log did not give way and stood just as it was before. He turned around and saw the woman standing at the front of the cottage, looking at him inquisitively.

"It must be her," he realized. "She must have put a kind of spell on me. Why should I let myself feel ashamed?"

He rallied all his strength, as well as that which the fairies had braided in his hair, and swung the axe again. The log fell in two pieces. He split the next ones as easily as cutting butter with a knife. It was growing dark when he cut the last one, and the old woman invited him in to dinner straight away. They sat down at a table with nothing but an assortment of dried herbs on it.

"Well help yourself, lad." she said.

Jánošík did not say a word, he took the herbs, poured hot water over them, and drank. He thanked her and began to look around for a bed.

"I'll show you where you will sleep. Come on, I'll show you," the old woman croaked. And she showed him to a shed with drafts coming from all side. When he entered the shed he saw that it was filled to the roof with something like moldy hay. He looked around for something to cover himself with, but there was nothing to find there. He took a handful of the moldy hay and saw that it was nothing but thistles.

A voice from somewhere had already whispered to him that something was going on here that he would only understand later; for the moment, he had to be patient. So he drew back into a corner, and there, more awake than asleep, he waited the night out.

The day was only just dawning and he was already in the yard. "Thank you very much!" he said to the old woman when he saw that she certainly was not preparing any breakfast. "When I pass by again, I'll drop in and help you."

"Jánošík. Wait!" he heard when he was at the edge of the forest.

He stopped, came back to the yard, and asked, "Where do you know my name from?"

"I know many thing you don't have any idea about," the old woman replied. "I also know what recently happened in Terchová Village and why you are wandering in the mountains these days."

Now Jánošík  was quite sure about what he had only suspected the night before. But he did not ask her anything, believing that he who asks not, will not be deceived. "She will tell me what she wants without my asking", he thought, and waited.

"There were already many of those determined to do something similar as you yourself are trying to do," the old woman said after a while. "But none of them passed the examination I prepared. You are the first! I wish you will also succeed in what you have undertaken."

The old woman touched Jánošík's opasok (a very wide girdle-like leather belt with several buckles, traditional dress of the time worn by most young men) opened it a bit with one slice of the knife, put something in it, and sewed it closed again on the spot.

"You'll know when the moment comes."

Jánošík did not have time to thank her before she also cut his belt on the other side, put something in it, and sewed the hole up again quickly. 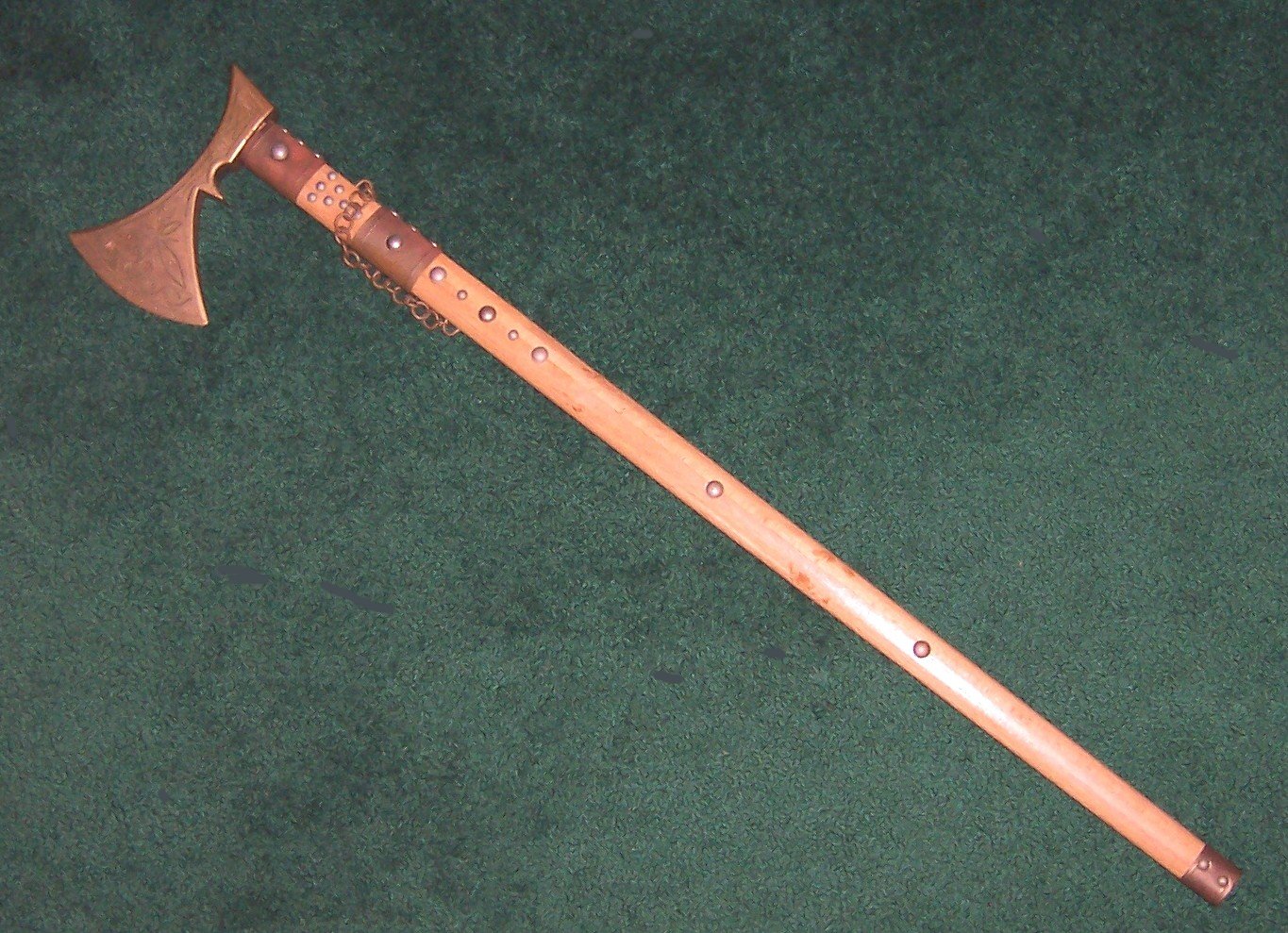 "You'll know when the time comes."

Then, all of a sudden, she put a studded hatchet into his hands and said. "Only a good valaška belongs in such strong hands." And with that she disappeared in front of his eyes.

Jánošík  called out and looked around in every direction, but to no avail, the question he wanted answered had not been heard.

A book, Jánošík, Jánošík... written by Anton Marec, translated into English by Tatiana Strnadová and John Doyle and published in 1995 by Matica Slovenská, contains 33 tales of this famous outlaw captain. The information in this book was used to create this story. Check in the future for other stories.